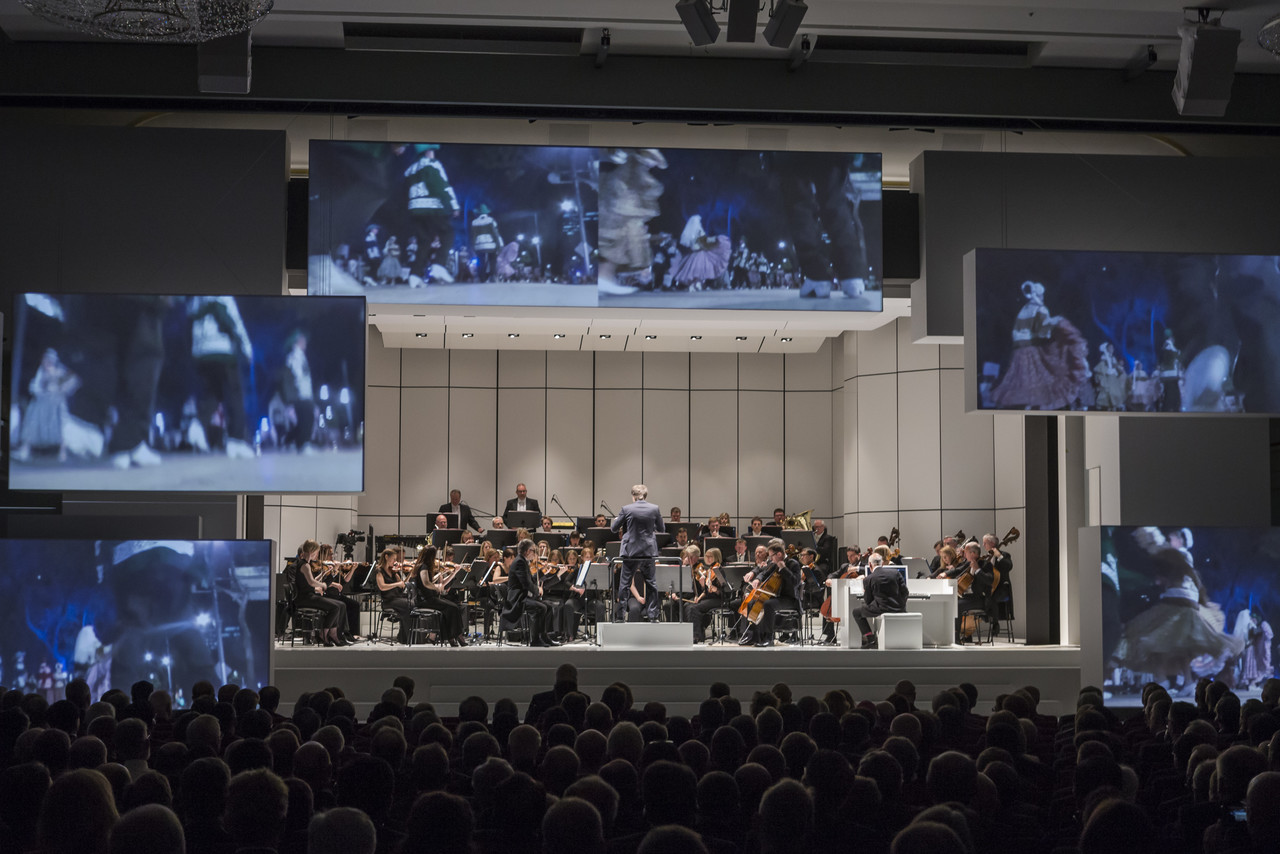 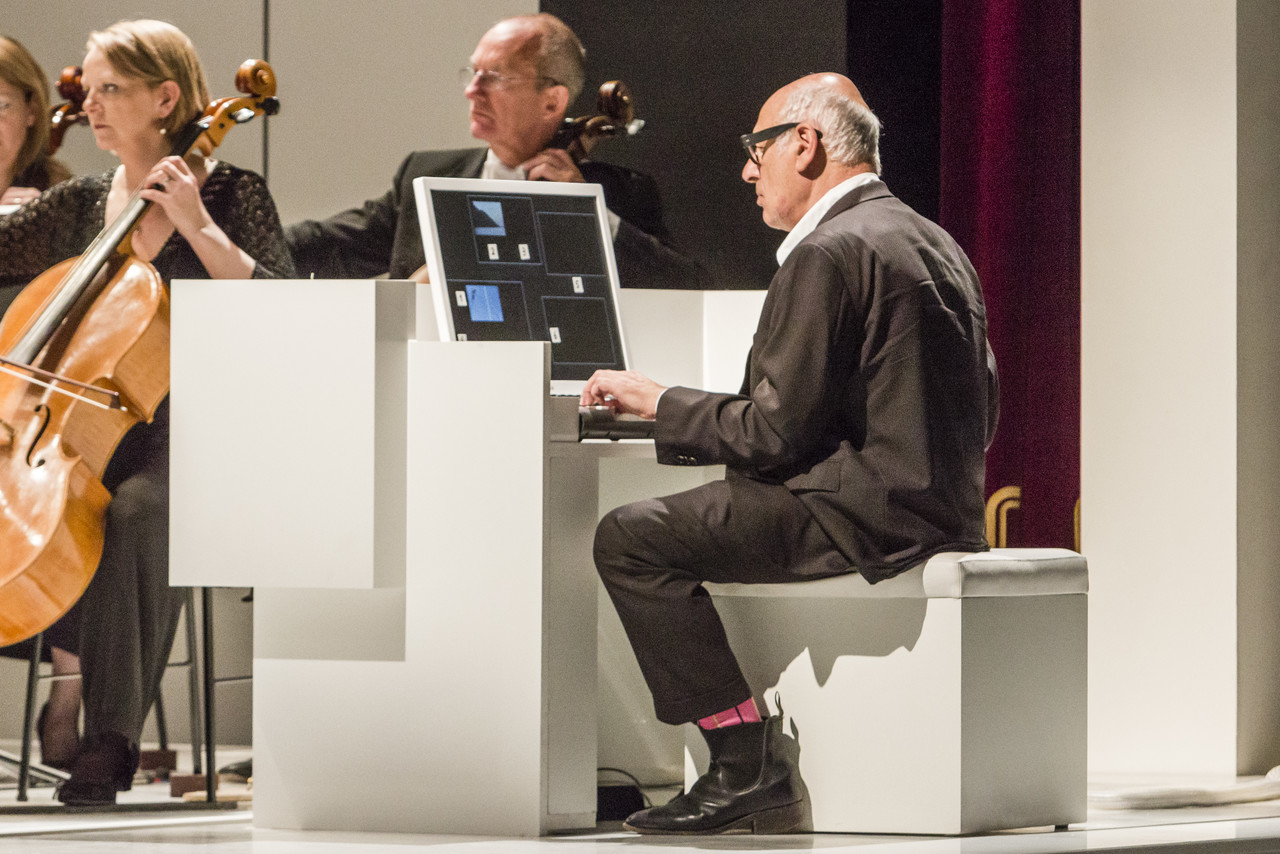 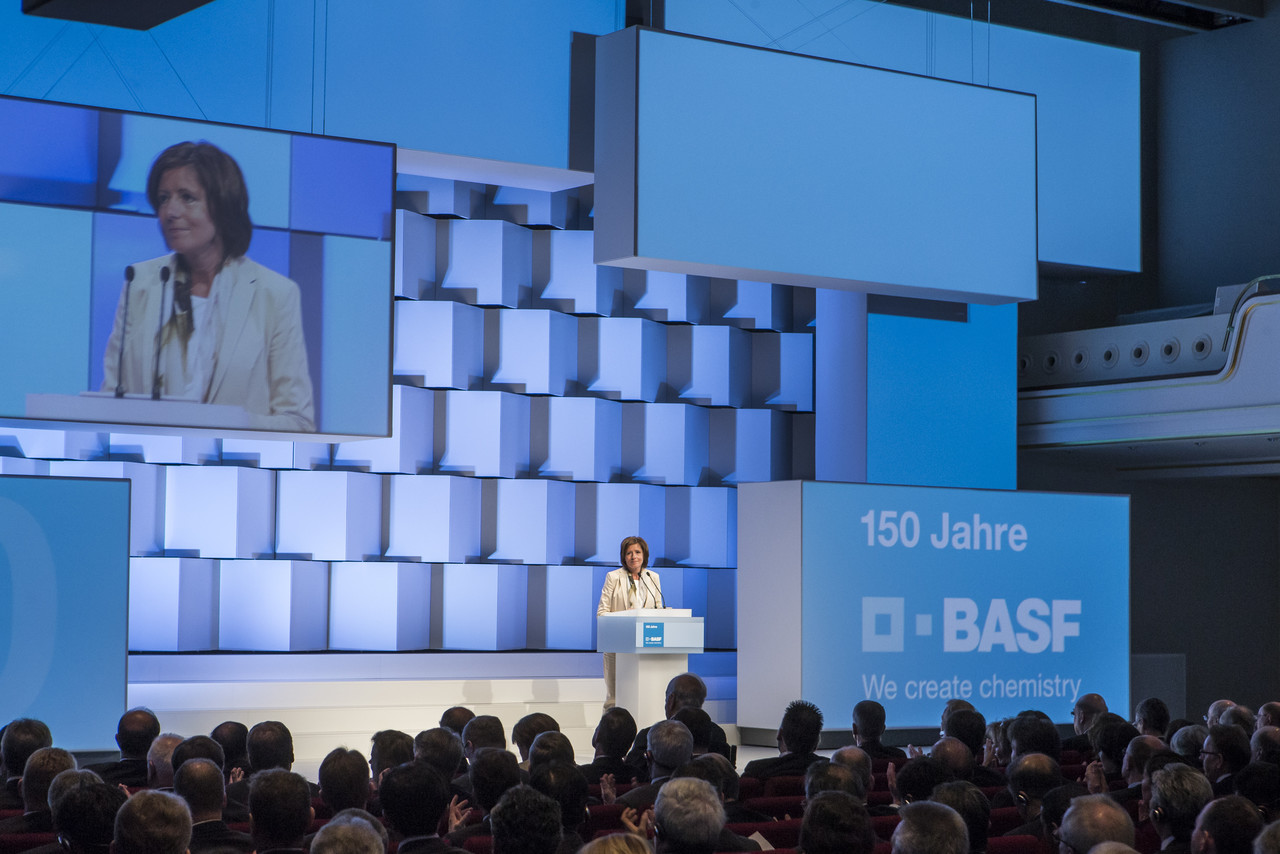 In a multimedia presentation, circ showed a review of BASF's history of success during the past 150 years – from the beginning to current examples while highlighting innovations, having a look to the future as seen with children's eyes, and ending with a tremendous musical closing. For this event, circ created a fascinating link between the traditional atmosphere of BASF's “Feierabendhauses“ and an innovative stage concept. The movable cubes placed on the stage allowed display arrangement on the entire surface, while the cubes changed their positions in space at the same time. The complex composition of the split screens created a new kind of perception.

The "Global Moment" was one of the highlights during the event: It was a virtual journey through BASF's world accompanied by the "Sounds for 150". To compose this sound collage, employees from all over world had recorded sounds typically heard in the company.

Listening to this exceptional interplay made up of sounds, images, and film scenes inspired Michael Nyman to compose his "Symphony No. 8: Water Dances" dedicated especially to BASF's anniversary.

In collaboration with Ars Electronica a VJ tool has been developed to project the video material live on stage. 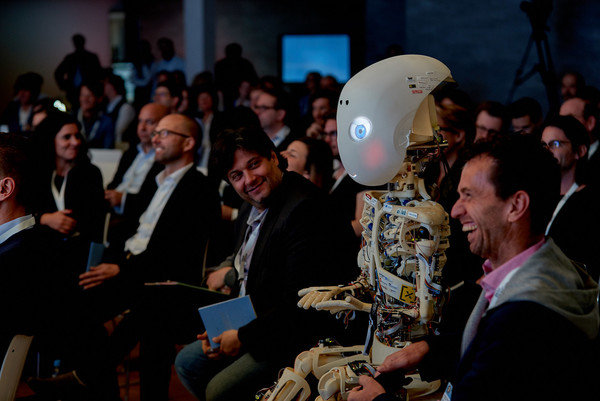 To create new ideas and visions of how future mobility could look like, circ collaborated with the BMW Group and developed the rad°hub. This interdisciplinary dialogue format provides a creative framework for thinkers coming from varied fields of expertise. 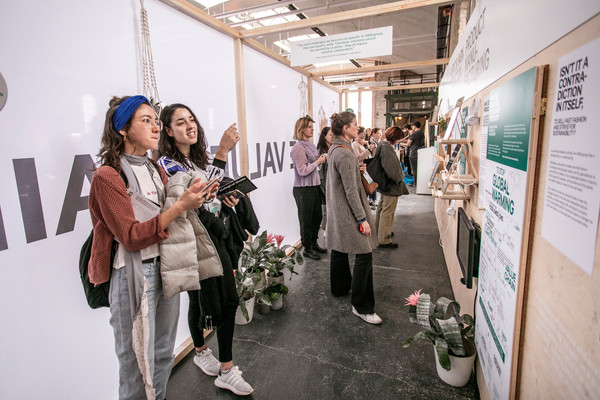 The future of fashion will be democratic and sustainable. The H&M Change Makers Lab 2019 represented a new form of a press conference.